After securing $1.1 billion on the bond market, adventure tour company Mystic Mountain will be adding two more rides to double its service capacity, and pay off higher-cost debt taken on two years ago.

Mystic Mountain Managing Director Michael Drakulich says the present set-up, on just about half of the 100-acre property, is maxed out. The expansion will cover another 50-plus acres of the property to double throughput, which now averages 200 adventure seekers per hour or 144,000 per year.

Drakulich says he wants to cut the wait times for rides, so as not to turn off thrill seekers.

“We don’t want to get into a situation like, say, Disneyland, where you wait more than an hour for a ride; added to that is the need to constantly reinvent ourselves to meet the competition and give even more to our repeat customers,” Drakulich told the Financial Gleaner from the California leg of a three-state trip to the United States to secure new rides.

The dealmaker for the bond issue was Sygnus Capital. Lead arranger Gregory Samuels says the market snapped up the bond with indicative offers of $2.3 billion, or more than double the fundraising target, in an atmosphere of declining interest rates.

“We got pretty close to 200 per cent [subscription]. There are some offers we didn’t entertain since it was a first-come first-serve basis of allotment, and that would mean less for those who were in early,” Samuels said.

The bond, issued last Friday, September 28, has a coupon rate of 7.125 per cent. It matures in seven years on September 28, 2025. Sygnus advised against upsizing to the maximum stated in the bond offer.

“Since the rating agency would have sent out a report with $1.1 billion, we didn’t want to go all the way to the $1.5 billion and risk any sort of speculation on the part of investors about subsequent reports,” Samuels said.

Sygnus has advised Mystic Mountain that if they need more money, January 2019 would be a good time to go back to the market.

“The fact is that they don’t need the money, so [it’s] better to go back than to have to deal with carrying costs,” Samuels said.

The company presently offers a 15-minute chairlift ride called the Rainforest Explorer, a zip line canopy tour, and its signature bobsled tour. Its facilities also include the Mystic Pavillion and lookout tower, waterslide and infinity-edge pool, and the Hummingbird Garden.

Through the expansion, Mystic Mountain will add the Rollerglider: a hybrid zip line with characteristics like the bobsled tour. This will have a capacity of 120 persons per hour. The Ropes Obstacle Course and a climbing wall will together add another 80 persons-per-hour capacity.

The company expects the additional rides to grow throughput from 200 persons per hour to 400 per hour on average.

Mystic Mountain is eventually expected to go public and list on the Jamaica Stock Exchange. Drakulich affirmed that he still expects to float the company’s shares in the future. The expansion programme better positions the company for that eventuality.

Part of the proceeds of the bond is to refinance an existing $460 million bond, which Samuels said was raised at 10.75 per cent in 2016. “So effectively, they were able to go back to the market and save more than 300 basis points,” he said.

Samuels implied that investors would have demanded a higher coupon on the bond had the company not had the foresight to ask regional credit rating agency CariCRIS to rate the bond. CariCRIS gave the bond a jmA- rating, with a stable outlook.

The cost for the rating is not that expensive and it gives the investing public confidence in what they are buying, the Sygnus executive rationalised.

Drakulich said he was surprised at the market reaction to the bond.

“It was oversubscribed within a week. There is so much liquidity in this country and the interest is just phenomenal,” he said.

Mystic Mountain currently operates its single adventure park that overlooks the resort town of Ocho Rios in the parish of St Ann, but Drakulich is indicating that his expansion programme includes consideration to add another location further along the north coast.

“A lot of the business comes from the west, and it’s such a long ride to get here and we’re competing price-wise with other attractions that don’t have to factor transportation. We’re looking that way,” he said.

Mystic Mountain is expected to spend $570 million on the expansion of the Ocho Rios facility. Construction starts early in the coming spring and is due to wrap up in time for the winter 2019 tourism season. 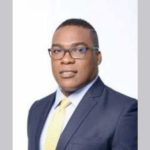