The variable rate bond, which matures November 2022, will pay a fixed rate of 8.25 per cent per annum for the first three years. Interest will be calculated in the final two years at the prevailing three-month Treasury bill rate, with 225 basis points tacked on. The three-month T-bill is now yielding 4.26 per cent.

Seprod has more than $3 billion of debt, with average interest of 10-11 per cent per annum. Nearly $2.2 billion of that debt was classified as due in the short term in the third quarter ending September.

The new bond is expected to cut the manufacturer’s debt-servicing charges by about two percentage points, according to the company’s chief financial officer-designate, Damian Dodd.

CEO Richard Pandohie says Seprod’s debt profile was in need of an overhaul to contain the cost of servicing it.

“We had several debts across the company, including Jamaica Grain, but not exclusive to it. What we did was to go back to the market, take out another note and paid off all those short-term debts,” he said. “There are a lot of those types and it was just very inefficient for the process, and, needless to say, costly.”

“If you look at our 2016 financial statements, we had long-term debt of about $600 million; and then there was some short-term revolving debt. So, we simply put that all together into one bond issue of $1.2 billion,” Dodd said, while highlighting the possibility of savings based on lower interest rates.

“This resulted in a reduction of our effective interest rate from in the region of 10-11 per cent last year to 8.25 per cent,” he said.

Pandohie sees the successful placement, which was two times oversubscribed, as a nod to Seprod’s performance, especially since the bond was unsecured debt.

“We see that as a sign of confidence and from a management standpoint, we are pleased with how the investing public saw us,” he said.

The offer was arranged by Sygnus Capital and Sagicor Investments Jamaica.

The bond reportedly got subscriptions of $2.5 billion by its close on November 20. Pandohie said Seprod was tempted to upsize the bond, but opted for fiscal prudence and accepted offers in line with the initial $1.2-billion fundraising target.

“We want to make sure that we keep debt at manageable levels and in doing so, finance the running of the company from our operations. It’s very important that we have a disciplined approach. The critical issue is that we should operate efficiently and effectively while building shareholder value,” the Seprod boss said.

Seprod has been implementing several initiatives to drive growth, especially in the export market. These include colla-borating with the Government to revitalise the small dairy farmer programme, to drive milk production, and investment in a new mill with partner Seaboard that is targeting Caricom markets. The mill is operated by Jamaica Grain.

Seprod is already seeing positive results from its export programme, according to Pandohie, who says hard currency earnings have nearly quadrupled from 3.5 per cent of total revenues to 12.5 per cent, over 18 months ending September 2017.

“This is one reason why we won the award for Champion Exporter in the large category in the recent Jamaica Exporters’ Association awards,” he said. 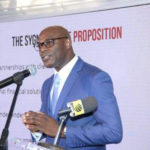