Sygnus Credit has US$31m of Deals in the Wings

Sygnus Credit Investments Limited has US$31.4 million worth of deals in the pipeline for financing.

The company will fund these deals in part with the US$10 million it is seeking to raise from its initial public offering of shares on the main market and USD market of the Jamaica Stock Exchange,

Sygnus Capital Limited, the management company for Sygnus Credit’s portfolio, will act as the lead arranger for the listing, Sagicor Investments Jamaica as lead broker and co-arranger, and JN Fund Manager as the co-broker of the offer, which runs from May 2-16.

CEO of Sygnus Capital Berisford Grey said 10 per cent of the US$31.4 million in deals have been approved, 39 per cent are signed but await due diligence, and about half are at various stages of discussion.

“We need to have a larger amount of deals in order to cherry-pick the best opportunities,” he said.

Grey said the company shares will list at 11 times its earning and at 1.05 times its price to book value, which, he argued, puts Sygnus Credit on par if not a more reasonable position than its peers in the financial sector.

“So it means there is a lot of upside for investors,” he said.

Sygnus Credit has US$16.7 million in total equity as at December 2017.

The company wants to increase its capitalisation and hence its capacity to fulfil its mandate to provide financing solutions to medium-size firms. Its focus is non-traditional financing to firms across the wider Caribbean.

For instance, Grey said Sygnus can provide inventory financing to a firm seeking to grow but unwilling to take on bank debt. In such a case, Sygnus could buy the inventory from the company and provide cash, then sell back the inventory over time.

“This allows another means of raising funds to the company outside of the traditional debt or bond market,” he said. “There’s a space for traditional and also a space for non-traditional financing for firms. So we are building out additional channels through which capital can be unlocked.” 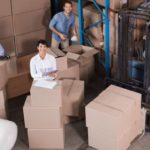