Sygnus raises half of $1.2 billion target

SYGNUS Credit Investments Limited (SCI) has already raised $600 million or half the $1.2 billion needed to deploy capital to borrowers of medium-sized business entities across the Caribbean.

On Monday, Sygnus revealed that it was granted approval by the board of directors to raise up to $1,200,000,000 (or USD equivalent) in debt to satisfy business demands through customised financing solutions.

Chief executive officer of Sygnus, Berisford Grey, told the Jamaica Observer that the remaining capital target will be done in tranches using a combination of loans, notes or preference shares.

“We are staging the financing instead of raising all of the money at once. This funding strategy ensures that we don’t have a huge interest carry or drag on income while optimising returns for shareholders,” Grey said.

The two-year-old company, which carried out an initial public offering last May, provides medium-sized businesses throughout the Caribbean with financing to expand operations, through the issue of notes with a profit-share component, preference shares, and flexible amortisation and zero amortisation clauses.

Sygnus last declared assets of US$38 million or $5.5 billion, most of which were used to finance the operations of businesses in the distribution, manufacturing, energy sector, and financial service sectors.

According to Grey, 72 per cent of capital has been distributed in Jamaica, while the rest has been deployed to entities in Barbados, St Lucia, and the ABC islands of Aruba, Bonaire and Curaçao.

“At the moment we will continue to focus on the markets that we are in, but if an opportunity arises we will explore it,” the CEO told the Business Observer.

The results were driven by an expanding portfolio of private credit investments across the Caribbean, in keeping with Sygnus’ mandate to provide Caribbean middle market firms with access to non-traditional financing channels. 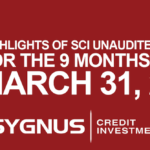 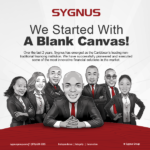