Taxation in the Age of Base Erosion and Profit Shifting

THE many changes in the tax landscape are likely to have material impact on businesses and their tax structures. Shareholders will therefore need to give greater consideration to their company structures in order to ensure there are no “perceived abuses” in their businesses.

Base erosion and profit shifting, commonly referred to as “BEPS” by the Organization for Economic Co-operation and Development (OECD), are considered as tax avoidance strategies that exploit gaps and mismatches in tax rules, which allow taxpayers to artificially shift profits to low-or no-tax jurisdictions.

Under the OECD’s inclusive framework, over 125 countries and jurisdictions are collaborating to implement BEPS measures and to tackle this issue – Jamaica included!

These measures form part of a BEPS package, delivered by the OECD/G20 BEPS project, which includes project reports, 15 actions and four minimum standards for tackling these issues.

On January 29, 2019, the OECD released a new publication announcing the progress made in respect of BEPS Action 5, which deals with harmful tax practices. Interestingly, BEPS Action 5 is covered in one of the four BEPS minimum standards, a set of standards that all inclusive framework members have committed to implement.

The minimum standard addressing harmful tax practices also addresses preferential tax regimes where a peer review is undertaken to identify the features of such regimes that can facilitate base erosion and profit shifting, and therefore have the potential to unfairly impact the tax base of other jurisdictions.

The OECD’s 2018 Progress Report on preferential regimes contains results demonstrating that many jurisdictions have delivered on their commitment to comply with the agreed standard on harmful tax practices.

According to the OECD report, there were 44 regimes where jurisdictions have delivered on their commitment to make legislative changes to abolish or amend their preferential regime. These include Antigua and Barbuda, Barbados, Belize, Botswana, Costa Rica, Curaçao, France, Jordan, Macau (China), Malaysia, Panama, St Lucia, St Vincent and the Grenadines, the Seychelles, Spain, Thailand and Uruguay.

The report also summarised the status of regimes by reference to whether the regimes’ tax practices remain “harmful” or not.

• Three new or replacement regimes were found “not harmful” as they have been specifically designed to meet Action 5 standard (Barbados, Curaçao and Panama).

• Four other regimes have been found to be out of scope or not operational (Malaysia, the Seychelles and two regimes of Thailand) and two further commitments were given to make legislative changes to abolish or amend a regime (Malaysia and Trinidad & Tobago).

• One regime has been found potentially harmful, but not actually harmful (Montserrat).

• Three regimes have been found potentially harmful (including Thailand).

What does this mean for us in Jamaica and the wider Caribbean?

We must be aware of the downward pressure from the OECD regarding transparency. This means greater transparency of beneficial owners of offshore companies, including IBCs. It is worth noting that the European Union is also in general agreement with the principle of greater transparency, demonstrated in its requirement for country-by-country reporting of tax practices and transactions by large multinational corporations.

The Companies Act of Jamaica was recently amended to essentially disallow share warrants (that is, share certificates issued as bearer documents), making it an obligation for companies to disclose beneficial owners on registrations and in annual returns.

In addition to changes in the tax incentive regime (not discussed here), the recent changes to St Lucia’s IBC legislation is also aimed at combating the secrecy legacy typically associated with offshore entities, resulting in them being “blacklisted”.

The recent changes to St Lucia’s IBC legislation specifically provide for the listing of beneficial owners upon submission of returns and at time of registration. In addition, a register of beneficial ownership is to be maintained and is to be accessible to the competent authority (usually a country’s tax administration).

The OECD transparency framework will no doubt hasten changes to countries’ domestic legal framework, allowing for initiatives like third-party reporting and spontaneous exchange of information. This could mean not only amending domestic legislation, but also the strengthening of existing tax treaty instruments.

As a result, tax authorities are sure to require greater collection of third party data from large taxpayers, as is happening in Jamaica (due to its enactment of the access to third-party information legislation) and elsewhere. In addition, jurisdictions may include mandatory disclosures of related party data, as well as other disclosures upon filing of annual income tax returns.

As an example, St Lucia, which has traditionally been a low or no-tax jurisdiction in our region, has in place 34 agreements (bilateral and multilateral) that all contain cooperation on exchange of information.

Similarly, Barbados has 49 and Jamaica has 30, including those embedded in our double taxation conventions (tax treaties).

Economic substance is a doctrine in the tax law in which a transaction must have both a substantial purpose, other than the reduction of tax liability, and an economic effect, apart from the tax effect, in order to be considered valid. The economic substance doctrine has long been a feature of more advanced tax systems.

However, this principle is not generally codified in the tax laws in Jamaica or the region.

BEPS Action 5 specifically requires substantial activity for preferential regimes. This requirement is part of the broader BEPS project which is aimed at aligning taxation with substance and economic activity by ensuring that taxable profits are not artificially shifted from the country in which the value is created.

The Cayman Islands is a good example of the streamlining of this requirement by the changes being adopted. In December 2018, the Cayman Islands enacted the International Tax Co-operation (Economic Taxation in the Age of Base Erosion and Profit Shifting (BEPS) Substance) Law, which is the latest in a series of steps by Cayman to meet its 2017 commitment as an Inclusive Framework member under the OECD’s global BEPS initiative.

One could argue that, as the world of taxation demands greater transparency, tax rules will continually change to reflect greater consistency across countries and the region. This is intentional as each country’s tax authority works to secure its “fair share” of taxes from cross-border transactions and to eliminate tax arbitrage opportunities.

This also means more countries in the region will implement transfer pricing laws and other legislation, which seek to ensure that related party transactions, especially those that span cross-border, are not utilised as a means of shifting profits to low-or no-tax rate jurisdictions.

As the rules become more homogenous, it is my view that tax law changes will have implications for the application of withholding tax on cross-border transactions/payments.

The foregoing changes and requirements will, no doubt, present significant challenges and compliance burden, as countries in the region implement and/or adopt these global and often multilateral initiatives.

To be prepared, taxpayers should consider putting in place tax best practices that proactively anticipate and address the upcoming challenges. 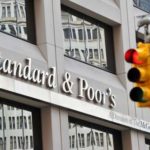