Chronic shortage of investments in building out SEZ

There is a chronic shortage of investments in building out Special Economic Zones (SEZs), in spite of growing overseas interests in bringing factories and other businesses to Jamaica.

Chief executive officer of the Jamaica Special Economic Zone Authority (JSEZA) Dr Eric Deans, who made the disclosure yesterday, highlighted that Jamaica is losing out on many investment opportunities because of the lack of built-out space for economic enterprises from places like Europe, China and the Far East.

Addressing the Sygnus Quarterly Business Breakfast Forum, Dr Deans noted that developers are not coming forward to build out SEZs in spite of the zero per cent income tax incentive they receive on rental income under the new Special Economic Zones Act.

He said, “The biggest impediment to the growth of the sector has been a shortage of space. We need a few good developers, those who are willing to come out, take the risk and the big bold disruptive step, and go into the development of a special economic zone.”

A developer is defined in the Act as any individual or corporate entity that acquires a piece of land to put up some facility, whether an office space, assembly plant, warehouses, etc, and rents or leases such facilities to entrepreneurs to carry out economic activity.

Dr Deans mentioned that the JSEZA, the agency of the Government responsible for facilitating the development of and promoting investments in SEZs in the island, has been getting interest from countries all over the world in setting up bases within an SEZ.

“We are seeing interest from 15 countries from across the globe such as China and Europe, Dr Deans emphasised.

He indicated that the recent trade war between the United States and China has resulted in a number of Chinese interests expressing a desire to set up base in Jamaica. He made the point that these companies are not interested in putting up buildings, but are in need of ready spaces to start business.

“That is where the opportunities lie because typically when we speak to people from the Middle East who are manufacturers, their business is manufacturing; we speak with people from the Philippines or the US, who are in BPO (Business Process Outsourcing), their business is BPO; they don’t want to build a facility. They want to come in and move in tomorrow,” Dr Deans said.

He added, “What we find is when we get these enquiries there is no ready space either being built or available for these investors, and as such, if space is available in the Dom Rep, Costa Rica or Panama, they end up going there because they have an urgent need to relocate their business.”

The JSEZA boss announced that the authority currently has some 50 entities in the pipeline for SEZ licences, having already approved 145 applicants in various businesses such as manufacturing, BPO, warehousing, and office spaces, spread across the island.

He noted that 90 per cent of the companies operating in the former Free Zone regime, which the SEZ has replaced, have transitioned over to the SEZ regime with minimum requirements.

“However, many did not have proper record-keeping… we have had to do some cleaning-up process,” Deans explained. Sygnus Tax Managing Director Dionnie Headley, who also spoke at the event, outlined the benefits of the SEZ regime and the tax benefits to be derived from it.

She, however, cautioned interested parties to seek advice from a tax expert before taking steps to go into an SEZ regime, urging them to weigh the various tax incentive programmes for businesses before making a commitment.

For his part chief executive officer of Lakespen Logistics Distribution Limited Lance Thomas outlined his company’s experience with regard to its foray into the new SEZ regime, which has been more positive than negative. He admitted to early challenges but said that the process had generally been smooth. 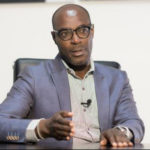 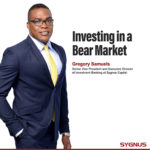