SYGNUS Credit Investment (SCI) has plans to diversify its revenues in keeping with its commitment to shareholders to increase earnings per share.

Executive vice-president and Chief Investment Officer Jason Morris shared during the company’s earning call for the first quarter (Q1) of financial year 2023 that SCI is looking to add new revenue streams to net interest income as the company continues on a growth trajectory.

“SCI has already started the process of enhancing its revenue stream. Over the last five years, up to the end of the financial year end, SCI mainly would have been generating revenues from net interest income,” he told listeners on the call.

“On a go-forward basis other revenue stream such as participation and commitment fees, and maybe some other revenue lines, [are] gonna start being reflected as part of core revenues or total investment income as the business expands,” Morris continued, adding that investors can expect to see new line items in the upcoming financial reports.

While noting that SCI has already created a “solid business” from net interest income, Morris said that complementing the line item and diversifying revenues can only augur well for the growth of the company while delivering on shareholder value.

For Q1 2023, SCI generated US$2.78 million in interest income, representing 24 per cent growth over the same period a year ago. At the same time the company’s interest expense grew by 193 per cent to US$1.22 million, resulting in lower net interest income.

Net interest income for the period ending September 30, 2022 was US$1.56 million compared with $1.82 million in the year prior.

According to Morris, the increase in interest expense stems from costs associated with the company’s acquisition of Puerto Rico-based Acrecent Financial Corporation (AFC) in February this year for US$22 million. This expense line item, he said, will remain a “skewed factor for the short term until the portfolio builds up substantially to offset the static cost of financing the debt”.

In the meantime the SCI vice-president pointed out that AFC “does not meet accounting standards to be consolidated”. As the company completes the second phase of integration of the Puerto Rico-based subsidiary, Morris said AFC will adjust its financial year end in line with SCI.

For now, however, revenues from AFC are listed in the company’s income statement as Puerto Rico Credit Fund Investment Income, indicating the “net benefit generated from the [acquisition of] interest in Puerto Rico”.

For the period under review, SCI earned US$693,703 from the Puerto Rico Credit Fund Investment Income, with participation and commitment fees coming in at US$19,006. Adding these, SCI earned total investment income of US$2.27 million.

“Through this new partnership AFC will continue to deploy capital to hundreds of middle-market firms in underserved sectors which are essential to the social and economic development of Puerto Rico, such as health care, affordable housing, construction, hospitality and renewable energy, among others. In essence, this partnership facilitates the deployment of capital that generates an impact that is not only measurable, but produces sustainable financial returns,” directors outlined in management discussion and analysis.

Additionally, the vice-president pointed out that SCI has a near-term pipeline of over US$100 million across the English- and Dutch-speaking Caribbean. So far SCI has approved US$20 million in transactions that are at varying stages of documentation and processing.

“So the big story here is that growth is not a problem as far as origination and opportunities that we can deploy capital into,” Morris noted.

SCI’s net investment income as at September 30, 2022 stood at US$1.37 million or 22 per cent more than in the previous year. After adjustments for fair value gain, net foreign exchange loss, and impairment allowance on financial assets, the company earned a net profit before tax of US$1.69 million.

Profit attributable to shareholders was $1.63 million, jumping by eight per cent over the comparative period a year ago. Earnings per share was US$0.28 compared with US$0.25.

For the period, total assets increased from US$93.89 million in Q1 2022 to US$142.43 million due to the acquisition of 93.7 per cent interest in AFC driving up the investment line. Cash and cash equivalents also grew substantially to US$5.9 million, up from $1.05 million. 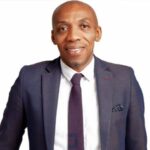