SRF’s net profit attributable to shareholders for the year ended August 31, 2022 was $693.0 million, with $13.14 billion in real estate investment assets.

Jason Morris, executive vice-president and chief investment officer, said at the company earnings call yesterday, after presenting the audited results, that in total the company has unlocked $2.92 billion for shareholders since inception, including extraordinary gains in 2021, noting that real estate investment notes (REINs), in particular, have been providing steady income.

Morris said return on average equity has averaged 30.3 per cent since start up.

“SRF is a real growth engine,” he continued, noting also a jump in value from joint venture projects. There is a new joint venture on Montrose Road that he described as a small residential project.

A total of $463.4 million is now available in dry powder for new projects, a number which excludes capital raised year to date and fund raising now in the pipeline.

Morris said that most of the company’s capital is deployed in hospitality matched by industrial and commercial. “We are more allocated towards segments which can withstand economic shocks. We do have exposure to residential but only in small pockets.”

One hundred per cent of company capital is deployed in the Jamaica economy where the biggest opportunities are seen to exist, mostly in industrial assets. A total of $5.99 billion was deployed over the past two financial years. The company sees challenges with mortgage rates rising in the short run but does not consider it a long-term risk.

Company expenses in the year ended were cut in half due to reduced performance fees related to the absence of the extraordinary gain of 2021.

Management indicates in its report for the year ended that the company has begun construction of the $3.7-billion Belmont Road nine-storey commercial tower and advanced the project to 67 per cent completion, with four of the five floors effectively leased. The company also advanced the construction of the effectively leased built-to-suit industrial warehouse facility on Spanish Town Road to 73 per cent completion.

The company indicates that it has also completed the detailed design phase for the beachfront hospitality investment property in Mammee Bay, St Ann, and increased its investment in income generating REINs to $2.48 billion.

SRF said it has begun engaging in partnership discussions and financing options with international investors and financiers with regards to Sepheus Holdings Limited, the SRF subsidiary which holds the Mammee Bay asset.

SRF became a publicly listed entity on the Jamaica Stock Exchange on October 5, 2021.

Management indicates that the group remains fully focused on “executing its strategy of unlocking value in real estate assets, as it seeks to continue increasing shareholder value.”

It was noted that the higher result in FYE Aug 2021 reflected an exceptional gain of $1.31 billion, generated from the acquisition of a subsidiary, which is typically not expected to recur at such scale and frequently.

Management noted that adjusting for this exceptional gain last year, total investment income would have been $292.9 million or 27.7 per cent higher in FYE Aug 2022 than the adjusted value of J$1.06 billion in FYE Aug 2021.

Management noted that higher net interest income reflected increased deployment of capital to third party income generating REINs which nearly doubled to a $2.48 billion with a weighted average yield of 11.1 per cent vs 9.3 per cent in 2021. 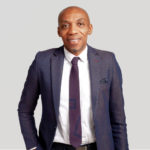