New investment company Sygnus Capital Limited has raised the equivalent of $2 billion from unnamed investors as seeding for a fund that will invest equity capital in medium-size businesses across the Caribbean.

The start-up used a vehicle called Sygnus Credit Investment to raise the funds, borrowed in US currency.

Investors have been promised a 7.5 per cent dividend yield on their money, linked to the performance of the companies in which the fund invests, said Sygnus CEO Berisford Grey.

“That amount of money is significant for a start-up and we see it as a vote of confidence from the market, including several institutional investors. It also represents an endorsement of our people and what we stand for,” Grey said.

Shares in Sygnus Credit Investment will be floated on the Jamaican stock market, but Grey is not saying whether the debt it now owes to the initial backers of the fund will be fully converted to equity when it goes public.

“We are going to list this instrument on the Jamaica Stock Exchange so that investors can have the liquidity that they want, while ensuring transparency around the business. The wider market will then have the opportunity to participate,” Grey said.

Under Sygnus Credit’s current structure, the backers either hold equity positions in the company, or preference shares plus equity, or equity plus debt, Grey noted.

As for the timeline for the float, he said only that it would be soon.

Sygnus started in January 2017 with seven persons, most of them with known track records in the investment and financial community. The partners effectively transitioned from employees to business owners.

The firm is structured to offer three lines of business: Sygnus Capital, involved in investment banking and advisory services for capital markets; Sygnus Capital Management deals in asset management, “that is to say, investment portfolios or what we call, private debt investment companies”, said Grey; and Sygnus Tax Advisory, which caters to individual and corporate clients.

“With those three lines, we can cover all the needs of our clients in the target market,” Grey said.

At least four of the seven-member team, including Grey, were at one time key players in financial houses such as Scotia Investments and FirstCaribbean Bank. Others in the management team include Jason Morris as chief investment officer; Ike Johnson as head of mergers and acquisitions; Gregory Samuels as executive director and head of corporate advisory services; Cerlin Sterling is chief legal and compliance officer; Mario Ahjahorie, associate director of investment management; and Mona-Lisa Belafonte-Terlon acts as the office manager.

Grey, Morris and Johnson are co-founders of the company. The team is aggressively promoting their bona fides in order to raise the profile of the Sygnus name.

“We are looking to establish the brand in the marketplace. We want to bring the brand such that the world out there understands that there is a new finance firm, made up of the best people, focused on delivering innovation and independence with a high degree of integrity,” Grey said.

The company officially launched at a cocktail reception on Wednesday night. 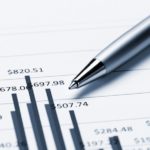 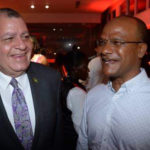