A new outfit, whose partners include well-known names in the business and investment community, has hung up its shingles on Lady Musgrave Road, but its principals are keeping their heads down for now.

The outfit is headed by dealmaker Berisford Grey, who left his salaried job at CIBC FirstCaribbean Jamaica at the end of January for personal pursuits – which it now emerges was his own firm. Grey’s track record also includes a stint at Scotia Investments Jamaica Limited, and the team at Sygnus is heavily weighted with other talent that passed through that firm.

The new Sygnus boss and other directors named in Companies Office records all refused to be interviewed for this story.

Grey, an alum of the Vlerick Leuven Management School in Belgium, bears the stripes as one of the region’s most creative investment bankers. When he left CIBC FirstCaribbean nearly two months ago, it wrapped up his second stint at the Canadian-owned banking group. Grey was brought back in 2013 to assist with the turnaround of the corporate and investment arm.

He had previously served as senior vice-president for origination and capital markets at Scotia Investments Jamaica Limited up to July 2013.

When the Financial Gleaner contacted Grey on Monday he was affable and polite, but firmly declined to be interviewed, saying he prefers to speak in the near future when the company has more news than the granting of the securities dealer licence.

The Sygnus team also includes Gregory Samuels, who will act as executive director and head of corporate advisory services. Samuels previously served as assistant vice-president and head of treasury and trading at Scotia Investments up to January 1 of this year, when his resignation was announced by SIJL.

Keisha Diego Grey, an attorney-at-law and spouse to Berisford, is listed as the third shareholder, but neither of the couple is listed as a director.

Alongside Johnson and Morris, the other directors are MegaMart owner Gassan Azan, business coach Debra Lopez Spence, and attorney-at-law Walter Scott. Azan’s name is incorrectly spelt on the official documents as ‘Gazzan’, but he confirmed that he is the director named.

Lopez Spence is now with business advisory outfit ActionCOACH, but she, too, has worked in the past with both Scotia Investments and CIBC FirstCaribbean Jamaica.

Notably, Christopher Zacca, who was just named to succeed Richard Byles at Sagicor Group, ceased being a director of Sygnus on February 21 of this year.

Under Section 9(3)(a) of the Securities Act, companies applying for a dealer’s licence must have at least one director who holds either a dealer or investment adviser licence. The FSC stipulates that companies must maintain a minimum capital of $50 million for the dealer’s licence and an additional $1 million in free assets.

Sygnus Capital has offices at the LMR Complex on Lady Musgrave Road in Kingston. 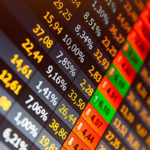