ON the heels of Sygnus Credit Investments Limited (SCI) acquisition of Puerto Rico-based Acrecent Financial Corporation in December 2021, the Sygnus Capital Group will not only be expanding its alternative investment platform through Puerto Rico, but will expand its investment banking capabilities to Puerto Rico as well as the wider Caribbean region.

“Twenty twenty-one was a very good year for Sygnus’ investing banking division as we arranged and closed more than $25 billion or US$170 million in deals for our alternative investing platform and capital market clients. We were also able to do some interesting and very innovative structures for our clients to meet their specific needs. For example, we did a structure that was never done before in Jamaica which was a credit linked, asset-backed convertible preference shares. The conventional or traditional definition would say preference shares are equity investments and therefore should not be secured. We were able to do a structure where the payoff or the economics of those preference shares was linked to another asset or the company’s performance,” said senior vice-president and head of investment banking Gregory Samuels in an interview with the the Jamaica Observer.

The deals done in 2021 surpassed the $15 billion of deals done in 2020. The investment banking team has arranged deals across the region from places such as St Lucia, The Bahamas, Barbados, the Cayman Islands and the Dutch Caribbean.

Sygnus is looking to expand its alternative investment capacity and deal-making capability in 2022 as it builds partnerships throughout the region and establishes relationships with multinationals. One challenge which others refused to tackle was the ongoing foreign exchange challenges in Trinidad and Tobago (T&T).

“Hopefully, this year, in short order, we will be making our first two investments in Trinidad and the reason we took some time is because of the whole FX structural challenges. There are many ways to mitigate against FX risk. One way is to utilise the capabilities of regional banks through hypothecation structures that allows for offshore deposits to be secured against local currency investments in restricted markets. For these two potential investments in question, we were able to build a hedging structure in the transactions to mitigate against the currency risk.” Samuels explained.

When asked about considerations for Guyana, he explained, “We are cautiously optimistic on Guyana at the moment. We have looked at some potential opportunities there that fits in nicely with our investment strategy. We haven’t gone in yet because it’s a market we are still learning about. However, there are a lot of good things happening down there especially in the oil and gas space. The market is poised for supernormal growth this year and we’re trying to find the right partner to work with to make our first investment.”

Another space Sygnus is also looking at for grow through its alternative investment platform is impact investing which tends to consider ESG (environmental, social and governance) goals. According to Refinitiv Lipper data, more than US$649 billion was deployed into ESG focused funds worldwide up to November 30, 2021. These focus on sustainable investments aimed at creating jobs and considering positive impacts on the environment.

“We plan to leverage our Puerto Rico subsidiary and relationships to get some of those impact and ESG type funding into other markets where we do business. Jamaica as well as the Caribbean (English, Spanish and Dutch) is prime for impact investing. We’re talking with a leading multilateral right now,” Samuels expounded on the burgeoning space in the region.

Samuels also discussed, “We would have gone into several other jurisdictions doing some interesting stuff for government and government entities in recent times. We recently did a factoring transaction that was very unique unlike traditional factoring where you buy the actual receivables, this was a more esoteric type structure where you buy future flows based on project performance.”

The investment banking team has grown from just Samuels and CEO Berisford Grey to five members who are exploring different to grow. Sygnus Capital launched in July 2017 and has grown its cohort from seven to 33 members with further plans to expand in the future. The company is the investment manager for SCI, Sygnus Real Estate Finance Limited and Sygnus Deneb Investments Limited. SCI and SRF are publicly listed companies on the Jamaica Stock Exchange (JSE) with asset bases of US$110.34 million ($17.11 billion) and $10.25 billion (US$65.85 million), respectively.

According to a PricewaterhouseCoopers (PwC) research, the alternative investment market is estimated to be valued at US$13.9 trillion globally with US$2.4 trillion towards private debt. 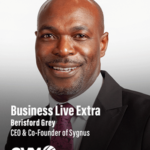