Tripling its initial subscription target of US$10 million to raise a total of US$33.5 million ($4.2 billion), Sygnus Credit Investments Ltd will on Monday list its shares on the main J$ and US$ market of the Jamaica Stock Exchange (JSE).

According to the company, subscribers spanned a wide cross section of investors, including pension funds, unit trusts, insurance companies, high net worth and retail investors, making it the largest IPO for a private credit investment company in the Caribbean.

Lead broker and co-arranger Sagicor hosted investor briefings in Montego Bay and Kingston to give prospective investors an opportunity to engage the principals and learn about the company’s prospectus and future plans.

The upsized transaction provides the company with additional capital to address the growing demand for private credit investments in the region. Sygnus had a pipeline of more than US$31 million when it launched the IPO, which was represented mostly by opportunities in Jamaica.

The additional funds will allow the company to look more aggressively at opportunities in other Caribbean jurisdictions, such as Guyana, Trinidad, The Bahamas and the Dutch Antilles.

Sygnus is focused on investing in a portfolio of medium-sized companies diversified across sectors as well as geography.

“The JSE has prepared allocation letters for IPO subscribers, which are being distributed in batches by each broker. Distribution of allocation letters began on June 15, 2018 via email and the postal system,” Sygnus said in a notice to the public.

The allocation of shares to individual broker accounts began on June 14, 2018 and will be completed prior to the listing. Refunds to subscribers also began on June 14 and were credited based on the instruction provided on the application form. Refund cheques will be sent to brokers today. 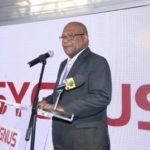