SCI Lists on the JSE

The Sygnus team’s feat was a “goalscoring moment which, we believe, separates Sygnus from many other players in the market”, said Marlene Street Forrest, managing director of the JSE, at the listing ceremony.

“This young team was not only confident that they had what it takes to raise capital on the market, but to list so shortly after incorporation,” Street Forrest said, commending their “tenacity and boldness” on such a move.

She highlighted the fact that SCI made history by being the first company to cross-list both its USD and JMD issues on the main JSE market. “This move lends itself to greater buoyancy [and] trading of these securities on the secondary market as investors, despite whether they purchased in the USdollar issue or Jamaican dollar issue, can transact in any of the markets,” she explained.

The IPO which opened May 2 and closed on May 16, 2018 was three times oversubscribed, with the company exceeding their initial target of US$10 million and raising US$33.5 ($4.2 billion). The company listed 35,0087,563 ordinary shares between the two markets, with a little over half — 53 per cent — being on the JMD market and 47 per cent on the USD market.

The listings will trade as SCIUSD and SCIJMD on the US dollar and Jamaican dollar markets respectively.

In his presentation, chairman of the Sygnus Credit Investment Clement Wain Iton took the opportunity to first welcome SCI’s new 3,434 shareholders and acknowledged their action as a vote of confidence.

“As a chairman, as a board, we have a tremendous responsibility to an expanded stakeholder base. Making the transition from a private company to a public listed company is a very serious undertaking, and we at Sygnus Credit Investment commit and pledge that we treat it as such. Our new investors will be treated fairly [and] equally,” said Iton.

“The young geniuses who run the company are going to ensure that the investment that you made is going to grow and flourish. As a board we commit to good governance, transparency and accountability,” he said.

In a quote to the Jamaica Observer, Grey said, “Today was a historical day for Sygnus. It represents one of the most important milestones in our evolving ambition to be the leader in the private credit investment market. We are very grateful for the participation from the wide cross section of investors, and we take with great humility our responsibility to deliver for them, as well as to manage Sygnus Credit Investments to the highest standard in terms of governance and ethics.”

Johnson also expressed his gratitude for the support. “We are humbled by the outpour of support from the Jamaican investors, and having started the company a little over a year ago and to have it be listed now on the market is quite an achievement for us. We will continue to innovate and provide additional investment opportunities for the Jamaican investing public,” said Johnson.

Co-founder Gassan Azan said of his co-founders to the Business Observer, “They are three of the brightest young finance brains in Jamaica and very innovative thinkers. For that reason I originally invested in it. As far as the listing goes, I’m very proud. We only incorporated the company a year and a bit ago, and for us to be at a state of public listing and oversubscription where we have — it’s a very rewarding feeling, showing one, that the investment climate in Jamaica is solid, and two, that the investors saw fit to invest in our company.”

As they have now exceeded their goals, Morris emphasised that there is no time to waste. “Now that we have raised the monies and the shares are listed, we are focused on executing in the various investment opportunities in Jamaica and across the Caribbean region.

We are excited about developing the regional private credit market and appreciate the confidence expressed in us by the shareholders. SCI intends to reward shareholders by consistently delivering strong returns.” 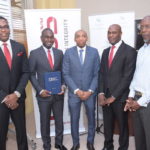